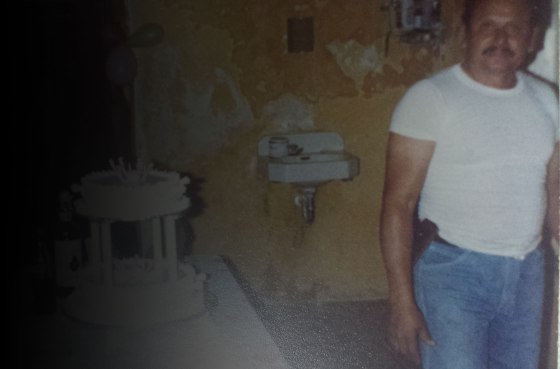 My grandpa loved to swim. He was a lifesaver in his hometown of Tabasco. Not an offical one, but he used to rescue people from rivers and the beach. He was one of the sturdiest men I knew. That’s why, when I heard him over the phone on Sunday struggling to speak, but still with the fight to pretend like he was fine, I told him I loved him. My mom loves to say that we should always say what we feel to our loved ones, we never know if that’s the last time we’ll speak to them. I really hoped I was just being paranoid. I hoped that he would be okay. But he wasn’t. He has swam away into the great beyond.

When I was a baby my grandmother took care of me while my parents worked. When my grandfather’s job of fixing construction machinery took him away from Mexico City, my grandmother and my aunt went with him. So did I. My parents stayed in Mexico City while I went to Cancun with my grandparents. I don’t remember much about Cancun from then but I do remember seeing the pristine beaches way before any resort existed there.

Later on we moved to a small town called Hecelchakán in Campeche. I went to preschool there. I remember taking off my shoes while walking to school, feeling the earth between my toes. 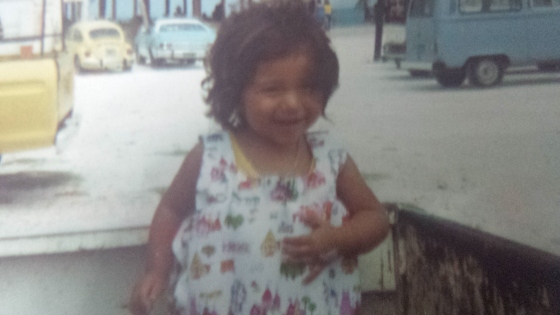 Me, probably in Cancun, Mexico.

He loved reminding me of all the times I puked and peed on him (I mean I was a baby and a toddler, can’t blame me).

They say it was bronchitis, not COVID-19. Either way I can’t go to Mexico and I can’t hug my dad and my grandma and that’s tearing me apart. I wished I was in Mexico City with her, looking at all the photo albums. Coronavirus has stolen that from me, being able to share our grief together, holding each other closely.

His job took him all around the country. He met my grandmother in Veracruz. A few years back they lived in Tijuana and I could visit more often. When he met my husband while were dating, he made a point to sit between us.

The last time I saw him was two years ago, when my mom’s mom passed away. He was still driving but I told my dad maybe that wasn’t such a good idea.

There’s a part of my brain that can’t fathom his death. “But he was so strong,” my brain keeps saying.

Everytime someone close to me dies, I remember a painting that we discussed in my first college English class: “Landscape with the Fall of Icarus.” It seems so striking that life just goes on, the world doesn’t stop for the death of a loved one. It’s the unbearable continuity of time.

I remember the times you would patiently sit with me and play. The nights I forgot to do my homework and you would stay up with me trying not to fall asleep.

He wasn’t a talker, he was the strong silent type. I remember asking him what was the secret to a long marriage. “Be like a seashell,” he said, as if guarding himself. I took it as having a shell around yourself so you won’t let anything bother you.

He very much acted that way all the time, as if everything was fine and nothing bothered him. Except when it did of course and then he would say something brief and you knew where he stood. The last time I talked to him, he sounded sick, but still fighting to sound strong. I don’t know what his last words were and it breaks my heart that he was alone in the hospital without his family next to him. But I am glad that I was able to talk to him a few days before he died and I told him I loved him. I was already worried that he was sick. I didn’t want to miss that opportunity.

Thank you for being there for me, I will miss you. You don’t have to be strong for us anymore. Your love for us will carry us until we meet again.

Posted by denisefixcat on May 22, 2020 in Uncategorized.